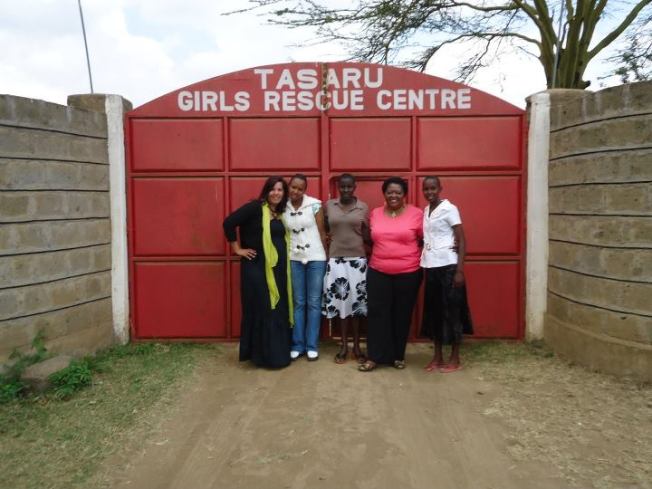 In order to conduct the program evaluation study, Social Changers without Borders, Inc.  dispatched program evaluators to a girls refuge shelter in a rural village 100 miles south of Nairobi.

The program evaluation team employed a qualitative instrumental case study approach. Based on Creswell’s (2008) characterization of a qualitative instrumental case study, the research team explored the organizational structure and activities of a community-based organization serving a Kenyan Maasai community. The goal of the team was to develop a deeper understanding of the central phenomenon of female genital mutilation.  wherein understanding is limited—in this case the understanding of female genital mutilation among Maasai girls in the Rift Valley of Kenya. 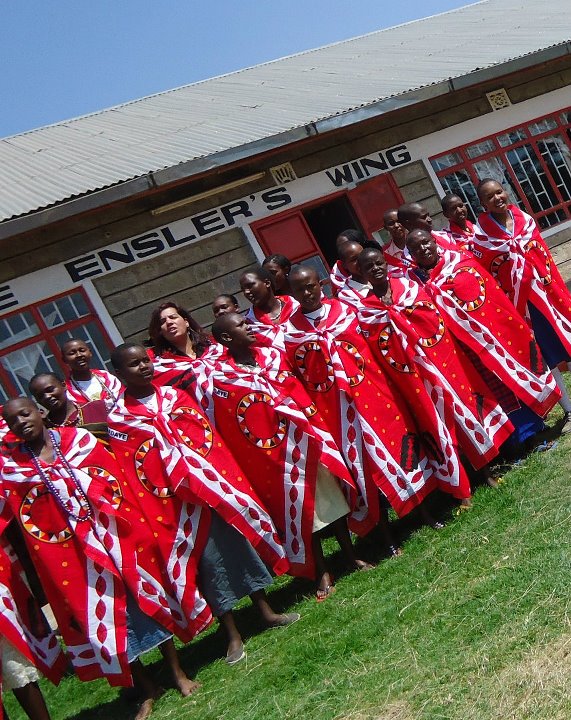 In order to elicit qualitative data on historical practices and program structures, Rubin and Rubin (2005) recommend the use of qualitative interviews to help researchers reconstruct events that were not directly observed by said researchers (p. 3). For these aforementioned reasons, SCWB program evaluators gathered a richer set of qualitative data by conducting one-to-one interviews structured and directed by an interview protocol. The qualitative data gathered from interviews can be described as rich and structured conversations wherein SCWB program evaluators followed up on questions posed after an observation and other formal and informal interviews (Creswell, 2008; Rubin & Rubin, 2005). In support of collecting a wide range of qualitative data, Creswell (2007) asserts that the collection of a rich data from various resources helps to ensure that the researchers triangulate findings. “Triangulation is the process of corroborating evidence from different individuals, and types of data within themes will arise” (Creswell, 2008, p.648). SCWB program evaluators triangulated qualitative findings by combing through detailed transcripts of one-to-one and focus group interviews with a wide range of community stakeholders.

SCWB research team gathered information to develop a richer perspective of the TNI organizational structure. They acquired qualitative data from observation protocols, field notes, reflective notes, photographs, interview transcripts, electronic press releases, and other forms of unstructured text data found in newspaper articles, office memorandums, and formal and informal interoffice correspondence. Flick (2006) describes how the collection of “multifocus data” is a fruitful strategy to approach institutional routines (p. 272). Ultimately, the goal of collecting this wide range of data was to reach a point of “data saturation” which meant that participants shared findings pertaining to a set of categories or themes that began to repeat and ultimately the researchers were not able to acquire any new data (Stake, 2008). With the use of multiple forms of data, Denzin & Lincoln (2008) describe how qualitative researchers can triangulate findings that help to corroborate data collected from the observation and interview participants. The use of multiple forms of data offered SCWB researchers a vital tool for analysis, interpretation, and the trustworthiness of narrative findings.

Hatch (2002) asserts that the use of case study research falls within the “constructivist research paradigm” because the researchers intend to make sense of the participants’ world as well as offer rich narrative descriptions of the participants’ reality and perspectives (p. 16). The qualitative tradition of a case study is an interactive and sensitive examination because extensive qualitative data are primarily gathered from a
small number of participants in the form of observations, structured interviews, and bounded time focus groups (Rubin &Rubin, 2005). Researchers who conduct an instrumental case study choose to focus on separate or grouped individuals involved in a specific activity, event, or program (Creswell, 2008). Consequently, a wide range of qualitative data can be gathered to obtain various perspectives by conducting multiple interviews and observations (Creswell & Plano Clark, 2007). An in-depth analysis of qualitative data involved both inductive and deductive reasoning processes that brought to light a series of general themes that gradually emerged (Charmaz, 2000; Creswell, 2007). Through the use of a traditional qualitative inquiry and the framework
of an instrumental case study, SCWB program evaluators examined a series of issues related to a Kenyan grassroots community-based organization.

An interview protocol offered the framework necessary to steer a series of interviews with participants. In the interviews, the SCWB researchers posed a set of open-ended questions and recorded the participants’ responses. Creswell (2008) asserts that participants can best express their experiences with open-ended questions. Data collected from interviews helped the SCWB research team “…uncover the meaning structures that participants use to organize their experiences and make sense of their worlds” (Hatch, 2002, p.91). Accordingly, SCWB researchers posed a range of open-ended, probing, and follow-up questions. After an examination of questioning strategies within different interview forums, H.J. Rubin & I. S. Rubin (2005) assert that the use of “probing questions” and follow-up questions help the interviewees share extensive details that may aid in developing a richer understanding of the phenomenon under investigation. The preliminary questions answered in the participants interviews served as helpful leads for finding answers to the sub-questions directing this program evaluation (Creswell, 2008, 1998; Stake, 2000). Throughout the interviewing process, the SCWB team collected audio data and transcribed the information from one-to-one interviews. Creswell (2008) described the transcription of audio data as the process of “…converting audiotape recordings or field notes into text data” (p. 246). The text data from one-to-one interviews assisted the SCWB program evaluation team in expanding their understanding TNI organizational structure and community outreach activities.

After the qualitative data was gathered and organized, the SCWB research team followed a constructivist grounded theory data analysis approach (Charmaz, 2000; Creswell, 2007). The SCWB program evaluation team used this data analysis plan to make sense of the audio data and text data gathered from observations and structured interviews. During the initial stage of recording field notes and reflective notes, they had an opportunity to begin the data analysis process by reading the text data and developing sidebar or margin notes (Hatch, 2002). This traditional form of “hand analysis of qualitative data” is the process of reviewing the data, marking the data, and dividing the data into parts into codes or categories (Creswell, 2008, p. 246). As they engaged in the constructivist grounded theory data analysis process of reviewing a large body of qualitative data, they launched the preliminary process of sorting and coding the data (Charmaz, 2008; 2000). By using an inductive process of organizing the data into initial categories, also known as “open coding”, this data consistently fell within topics that were “…extensively discussed by the participants” (Creswell, 2007, p.160). This preliminary process of data analysis can helped the SCWB researchers begin to see the scope of the data findings.

Within the constructivist grounded theory of data analysis, the nature of the themes naturally moved from general to specific categories (Charmaz, 2008; 2000). This helped the SCWB team identify “patterns of meaning in data so that general statements about the phenomena under investigation can be made” (Hatch, 2002, p. 160—161). Creswell (2007) describes this second stage of the coding process as “axial coding” wherein the researchers review the database and seeks to find insight into specific “coding categories” (p. 161). This coding process offers the qualitative researchers “analytic scaffolding” for creating various data categories (Charmaz, 2008, p. 217). In fact, the object of the axial coding process is to make sense of the data and to identify codes that overlap or repeat so that you can collapse these codes into broader categories (Creswell, 2008, p.251). The broader categories can be seen as “themes” that have saturated data to support them (Charmaz, 2000). Researchers can organize these themes and codes within a “coding paradigm” or matrix (Creswell, 2007, p. 161). After coding the data and analyzing the various themes, the SCWB program evaluation team began the final phase of the data analysis plan.

Charmaz (2000) describes the final data analysis approach of the constructivist grounded theory as selective codingwherein the researchers begin to theorize and develop statements that help to explain the meaning of the findings. Although it may seem that the coding procedures of data analysis fell within a linear process, Creswell (2008) describes it as an “ongoing process involving continual reflection about the data, asking analytic questions, and writing memos throughout the study (p.190). As qualitative researchers, the SCWB research team engaged in the extensive process of data analysis to ensure the triangulation of data.